Taking bold chances to get your dream job 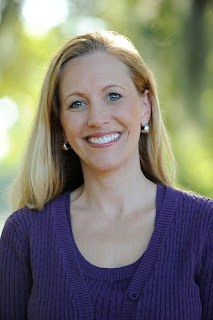 I recently interviewed Jacquee Polak-Wahler, the Director of Internal Communications for Disney, where she has worked after extensive experience as a television anchor and as Disney's media spokesperson.

Jacquee got her first on-air media job by walking up to a stranger at a baseball game. And you can too.

Jacquee is the first in her family to go to college and worked at a Chrysler assembly plant building cars during her college summers to help cover expenses. When Jacquee graduated college with a degree in communications, she landed a job doing radio, TV, and print media for two stock brokers. "I was producing a television program at the time and thought if I could produce, why not try reporting!”

So Jacquee began to build her resume to try to move towards an on-air job.

Not too long after Jacquee made this decision to pursue a new job, she was attending a Cubs game in downtown Chicago for fun. But something caught her attention: "I saw a videographer who was working with a reporter covering the game, and I decided to walk up to him and ask for help."
This seems like a very basic statement, a very basic choice. But it is a huge choice. A huge moment. And it is the boldness to take risks and take advantage of opportunities, wherever you see them, that makes all the difference. It's also about being focused enough on your goal to be able to be aware of opportunities everywhere you go.

Jacquee approached the videographer and told him she was interested in getting into TV and asked his advice on what she should do. And like most people whom you genuinely ask for advice, he was happy to help.

He had a friend at a cable station in Indiana who was hiring and gave Jacquee his  contact information. 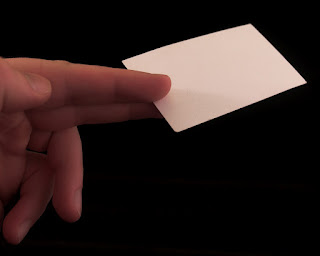 "I took his information and contacted this person. To be safe, I made sure it was a legitimate cable station, I made an appointment and had my mom drive me there. Sure enough it was legitimate, and I ended up getting a job there - my first official on-air job."

Eventually there was a really big job opening for Chicago's first 24-hour news station. "I landed the interview because of my relationships with the station in Indiana;I was never guaranteed a job, only got an interview. I was very new and green in the TV profession; all the work I had done was always on tape,  and had never been live."

"When I had the interview I could sense there was an interest but they were a little concerned about my ability to deliver on a live shot. Over the course of three months I had to keep my name front of mind. There were hundreds of people looking for these jobs - a lot of motivated people just like me. I wondered, how was I going to set myself apart?

Jacquee's mom had a bold idea (for the times): "My mom said 'send them a fax;' at the time the fax machine was a pretty big deal. My mom said just once per week send a note on the fax that you are very interested that you can do the job. I thought ‘mom that’s ridiculous.' But then I decided to do it. Once a week I wrote a simple note, telling them I was very interested and that I know I can do this. My interview was in May; I got the job in October."

"The first day when the news director brought everyone together and was welcoming us and telling us everyone’s story and where we all came from, and when he got to me he said: 'I hired Jacquee because she sent me a fax once per week.' Of course today sending a fax is laughable, but at the time it was a very cutting edge tool and for me it was very effective! Always think of creative ways to leverage the newest technology that is available, and leverage in a way that makes sense."

I had to ask Jacquee what motivated her to take those bold chances, like walking up to a stranger at a Cubs game and sending a fax each week: "You have to be comfortable realizing that you are going to get a lot of 'no’s.' You just have to keep at it! At some point, you are going to get a yes. I’m thankful for all the nos I had along the way to get to the right place. It’s really about having the confidence in yourself to make the ask and put yourself out there. It’s not easy; I haven’t always been perfectly confident in myself, but you just do it! The more you take those chances, the more you realize hey it’s not that bad!

Jacquee's final advice: "Find the mentors in your life that you trust and you value and ask for help. Its about taking personal ownership and control. No matter where you are in life or what you are doing, when you’re interacting with people you are always in a potential to build a relationship and expand your network."

"So whenever you’re attending any event or out with your friends - no matter what public setting you’re in - there is an opportunity to build your network. Engage with a waiter, a manager at your current part-time job, or even someone standing near you at the gas station; you can't minimize any opportunity because you never know who is around you. Take advantage every opportunity to be around people, because the people you know help you advance your life personally and professionally."

And when it comes to approaching those people: "obviously do it in a way that isn’t overbearing. Find the right ways to engage with people, which is so critical to success. Be genuine."

While it may seem terrifying to engage with strangers, you don't really have to do a lot of talking. You just have to have the courage and motivation to genuinely ask for advice - and then you just have to listen.

The more you seek out strangers who are doing something that fascinate you, the easier it will be to genuinely ask for advice (I share a lot of email formulas and questions to ask when seeking out professional mentors in the third section of my book).

Jacquee is also the Chairman on the Board for Big Brothers and Big Sisters of Central Florida, which is an incredible organization that provides mentors to young children. While it's vital to seek out professional mentors for yourself, it's never too early to "be that mentor for someone else."
Posted by isaadney at 6:00 PM