From a 1.3. GPA to a 3.5: How one CC student didn't let his learning disability get in the way

Since I've been writing and speaking about community college students I've heard more stories than I can count about students who've taken a GPA in the one-point digits and raise it up two points and above and graduate with honors. They never cease to astound me. This is not an easy thing to do. But every story affirms it can be done.

And one such story recently came to me from Austyn who has just graduated with his B.S. in Psychology from the University of Central Florida and is on his way to graduate school.

When Austyn began community college he faced a barrier many students face: a learning disability. His effected his reading comprehension, and college became instantly difficult."I really struggled to understand all the material and it wasn't easy. I had a really hard time my first couple years of college; I felt like I was the only person struggling."

Austyn ended up receiving a 1.3 GPA in his early semesters.

Austyn admits there were times he felt like giving up.

Austyn took the initiative to ask for help - the secret to college success in my opinion, and yet something too few students do. He went to the tutoring center and the disabilities office and took advantage of all the resources his community college had to offer.

These services helped Austyn raise his GPA enough to be able to graduate from community college and transfer to the University of Central Florida.

While at UCF, he then developed a relationship with his advising research professor. "He believed in me and in turn really helped me believe in myself and work harder than I ever worked in my life. I didn't know what he saw in me when he asked me to do research for him, but his encouragement really invigorated me."

A few weeks ago Austyn graduated with his B.S. in Psychology from the University of Central Florida with a 3.5 GPA at UCF and a 3.0 overall. 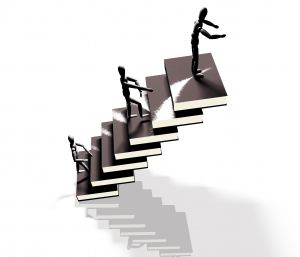 Austyn's advice based on his experience? Simple: "Never give up, try to find some way to believe in yourself, don't let other people's comments get to you, and always try your best. Life is really hard, but if you get knocked down, just get back up.

I would love to hear your story - it's as easy as answering a few questions. You'd be surprised at how much sharing your experience can inspire someone else. Just go to isaadney.com/blog/you to learn how. Thank you so much!