"140 characters changed my life:" my interview with a Twitter movement phenom

One day, Angela Maiers, an acclaimed author, educator, and speaker, sent out a tweet with the hash tag "YouMatter" on Twitter. The hash tag started out as a way for Angela to espouse a philosophy - as we all do frequently on social media - that the world can be changed by those two simple words.

As of today, there have been over 388,000 tweets with the #YouMatter hash tag, and last year Angela was asked to give a TED talk. 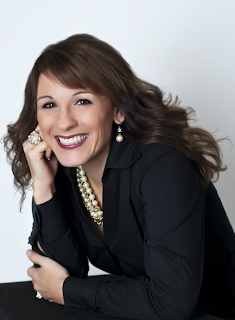 After talking to Angela on the phone, I can confirm that she lives the #YouMatter philosophy every day. Because she didn't mean to start this movement. It happened organically because people connected with those two simple words.

How often do you feel like you do not matter? How much sadness, heartache, violence, and high school/college dropouts happen because people feel like they don't matter?

Those 140 characters have sparked a movement. A movement that I think is paramount to community college success - because you do matter. And I think we can all learn a lot from the woman behind that movement. I know I did.

When Angela started college she was on track to pursue medicine. To put herself through college, she worked four jobs with children with special needs, families in crisis, and homeless teens.

But as she moved forward to take the entrance exam for med school, her bosses in those jobs said: "I'd be a terrible doctor, and that I should be a teacher instead. I realized it was something I must do. While my family did not embrace it in the beginning, I finally understood what passion-driven work is. It's not doing something that's fun or you feel like you're good at, but it's doing something you must do. Asking me not to teach is like asking me not to breathe."

So Angela took the leap and pursued teaching. Her first job was preparing future undergraduate teachers. She held her university classes at a school so that her students "could be immersed in real experiences to see if its something they really want to commit to doing. Kids' lives are at stake. I wanted my students to make sure they really wanted this."

Angela has spent 14 years in the classroom working with almost every grade level. She concludes about education that "learning needs are the same no matter what grade you are in. Students need to be trusted, supported, believed in, pushed, and demonstrated to. Every learner needs time to play and make mistakes. And every learner needs coaching; its what teacher whispers in your ear not says in front that really makes the difference."

When I asked Angela what advice she had to share with college students she said: "Really recognize that your goal isn't to seek success, your goal is to seek significance. You can get a job and you can do work, OR you can pursue something that will make you feel that you matter, that you are essential, that you are contributing the best of who you are, and that is far more valuable than any other achievement you can get."

"When you lay your head on your pillow, ask yourself, did I do something that mattered today?"

Angela had her own challenging moment when she was asked to do a TED talk recently: "Even though I speak for a living, I had a panic attack," she said of the night before. "I watched my top favorite TED talks and I started feeling insignificant. At about 3am I decided I was going to call and say I can't do this."

"But then, I had to ask myself, how can you look people in the eye and tell them you matter and then not live it? If you don't believe that YOU are significant than there is no way you can help other people grow."

Angela did the TED talk, and the subsequent #YouMatter hash tag on Twitter indeed sparked a movement to remind us that "it is fundamental that we are essential and that we belong to something bigger than ourselves."

"Our greatest fear is the fear that we are insignificant.The moment you hear the words 'you matter,' it changes you. And it changes you more as the giver than the receiver."

I can agree with that. Working in a community college, I'll never forget the look in a student's eye the first time I told her about the talents and potential I saw in her. It was the first time I had really told someone how they mattered in such a direct way. It really took me by surprise, the light that grew behind her eyes.

So today, tell someone they matter. Watch the light brew. And as you do, grow the light behind your own eyes. The best way to feel like you matter, is to focus on helping others feel that way.

And to conquer the high school and college drop out crisis, we desperately need more students like you, telling each other that you matter.

You can follow Angela and the #YouMatter movement on Twitter. You can also learn more about her speaking, and check out her newest book.