When should you consider an internship as your first job out of college?

When most of us think of internships, we think of work experience you get while you're in college (some college's even offer credit for internships). However, internships can also be a great opportunity after you've graduated college. 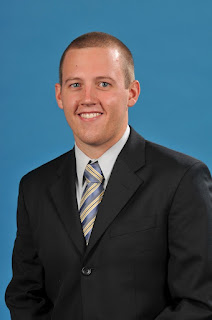 Tim Groth, 25-years old and currently the Development Specialist for the Minnesota Wild (NHL), is a great example of how taking an internship after college can be a great investment in your future career.


Tim attended the University of Kansas and majored in Sports Management.
During his first two years of college he volunteered a lot in the sports world - refereeing rec sports and volunteering at big relays. "I was always willing to volunteer my time so I could learn how they ran these events and build more relationships with people who were running the events."


Tim's professors in his sports management courses became his mentors. Tim needed an internship as part of the curriculum, and one of his professors knew the community relations manager for the Kansas City Chiefs (NFL) and helped him get his first internship.


Tim graduated college in May 2009 and moved back to Minnesota, where he is from. He had been "applying for jobs left and right, lived at home, and worked a summer job to figure out what was next."


When working in his first internship he had met someone who had interned for  the Orlando Magic (NBA). Tim saw an open position in web design with the Magic, and while he didn't have any design experience, he applied anyway and also noticed their internship positions.


His friend helped him get an interview for the Orlando Magic internship program. "Someone sent a quick email. Who you know really can help you get an interview, and having that personal connection to get that initial opportunity is huge."

While having a personal recommendation helped Tim get an interview, he still had to compete with the 300-500 students that apply for these kinds of internships.


Tim's previous experience with the Kansas City Chiefs and his extensive volunteer work in sports helped him get the internship. The internship was paid, but, like many paid internships, "it was just enough to pay the bills and rent."


But Tim believed it was worth the risk.


Tim moved to Orlando and started work the next day with his roommates.


"The guys were my brothers. We lived together, ate ramen together, and we really became close friends because of our extensive work together."


Tim did the internship for a little over a year, and then applied for and was offered a full-time position with the Orlando Magic Youth Foundation.


The job Tim got was posted internally only, meaning it was only available to current employees and interns. This is one of the best reasons to consider an internship even after college. It is almost impossible to get a job at a big, well-known company in your early career without having that kind of insider/intern access.


Even being an intern, however, you're competing with many other current and past interns with similar expereince. I asked Tim how he stood out and what advice he has to turn an internship into a full time job:


"My work ethic I think is pretty strong. When I was an intern I strived to be the first one in the office and the last one to leave. I would never say no and always say yes to tasks, even if I didn't want to do them. I realized I was at the bottom and that this is what I had to do. I repeatedly asked my supervisor what can I do to help you? I'm free right now, what can I do to make your day any easier? It shows that you care and that you want to work hard. Supervisors have contacts and can help you get interviews elsewhere even if your organization isn't hiring."


"When you get an internship or starting a new job you have to be aware that everyone is paying attention. If you are just kind of hanging out, people see that. You need to be working and try to figure out something to do, whether it is the off season or not. Do your job really well and you will get a promotion, a full time position, or a great recommendation."

Internships are an incredible inroad to companies and industries that are difficult to break into (e.g. the sports industry). If a company has a relatively large and competitive internship program, it is a good sign you will need to be an intern in order to be considered for an entry-level job as your first job out of college in that organization. Otherwise, you'll be competing against interns with company-related experience and most likely won't have a chance.

Below are links to learn more about internship programs at some of the top ranked large companies where Millennials want to work: