How to get into Harvard Graduate School after community college: an interview with Iraq/Afghanistan war veteran Jared Esselman

And you can too.

I recently talked with Jared and heard his incredible story. His approach to college offers a lot of great advice for what it takes to make the most of your community college experience so that it will catapult you to wherever you want to go next. 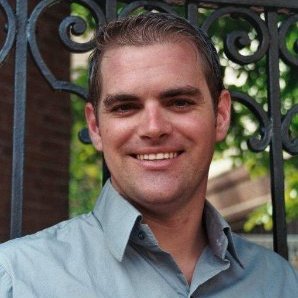 In 1998 Jared graduated high school and attended Brigham Young University for a year. By the end of his second semester, Jared said “they sent me a letter essentially saying ‘we appreciate your time, don’t come back.’ The feeling was mutual. It wasn’t a good fit. I didn’t really do well in the classes, and at 18 years old I just wasn’t ready.”

So Jared joined and served in the military for a while.

And in 2006, eight years later, he decided he wanted to go back to college. He applied to the College of Charleston: “but they said no. They said I had no recent grades, no recent college experience, and they suggested I go to community college to get that experience. So I said ‘ok’ and enrolled at Palm Beach Community College.”

When Jared got to PBCC (now Palm Beach State College), a community college academic advisor changed his life: “I took classes randomly when I first started because I didn’t know what I wanted to do. But my advisor really took me under her wing. She walked me through what community college could provide for me and what was beyond – including graduate school.”

Jared was also impacted by his community college professors: “They are there because they love it; they want to be there and they want to share their experience. I had a political science professor who was so passionate about his subject; he lit a fire in me. His passion for politics and getting to the root of the political problem (e.g. policy) and ability to teach us to think about how to solve those problems started me on a path to Harvard.”

As his passion for politics grew, Jared did more “extras.” Despite his full time job at the airport, he “never missed a Town Hall meeting. I was a familiar face among people who worked at city hall, among elected officials both on municipal and state levels, and maybe a little bit in the county. I didn’t do much, but I was there talking to people and learning things! Just being there, just showing up is 80% of the solution.”

And it is these extras that make all the difference. Jared said that getting the White House internship taught him that places like the White House and Harvard “want to know what you’ve done EXTRA. You have all A’s? Great! But what else? What did you do extra? What is unique?”

Jared said the summers are a great time to build the kind of experiences that will make you stand out.

After graduating with his Bachelor’s degree Jared was going right on to Harvard. Using the formula of making the most of his summers, he called Harvard to ask their advice on what he should do over that particular summer. Harvard said “don’t do anything over the summer; relax. Because for the next two years you won't get to."

Jared gave a really great overview of the intensity of Harvard Graduate School: “You have to do everything perfect, plus a little more. When you are there you have to go to class, and do a little more. I would get up at 5:30am every morning and start studying at 6am. I would leave at 7:30am and get to school at 7:45am, studying by 8am. Classes would be 8:45am-3pm. Then I’d study a bit more in the library before I attended some kind of study session or seminar or group think or some other visitor who was coming to the school as a guest lecturer, until 8pm. Then you’d study for 2 more hours. You were lucky if you got in bed by 10pm, more along the lines of midnight, and you do that 5 days/week."

"Weekends were sometimes free, but we’d also get policy projects sprung on us on a random Thursday and would have until Tuesday to solve it. Then all of your spare time is dedicated to solving that problem, hours and hours and hours in the library. A week would go by and I didn’t see the sun.”

While this schedule seems intense (and it is), I think it gives a great picture of what is expected, and the kind of dedication and hard work necessary for success. It’s not easy. But Jared was able to manage because he had been living that kind of schedule ever since he started community college.

Work/life balance is essential, but I encourage you to look at the time you currently invest in your studies. Are you working “Harvard-hard?” You should be – because that kind of work can get you to Harvard or wherever it is you want to go. Community college is a fantastic launching point for those willing to put in the work, like Jared.

"But once I finally started learning about what a Master’s degree was, and had people to encourage me towards that direction, I realized I wanted to go farther. A Bachelor’s degree is very ambiguous and general, and a Master’s degree specializes you and gives you the details on how to accomplish greater things, step by step – that is what I wanted.”

After graduate school Jared ran for Mayor in his hometown: “I was able to implement the techniques and strategies I had learned at Harvard into a real campaign. Even though I lost my election, it wasn’t necessarily a failure. It was a 54%/46% loss, and I did it with 1/3 the money in 1/3 of the time!”

Jared hopes to go back to the College of Charleston and work at their center for civic engagement in order to help students engage in service learning – to understand the cause of the problems and how they can solve them.

His best advice for community college students? “Just go to class every day and decide ‘I am going to listen, I am going to do all of my homework, I am going to learn this.’ That determination is the SINGLE most important factor for success. Eighty percent of the solution is just showing up. Go to class, go to the study sessions, find a spot in the library and go to it every day and just work."

"A lot of community college students (like me) have to work full time, and they get out of class and just keep working to build up money. But working too much in college is a lesser of the two investments. Investing your time in the extras (like an internship) will produce opportunities and a career that will pay much more than your current part-time/full-time job in the long-run. Summer jobs produce cash, but summer internships produce careers.”