Recently Ashkon Jafari and Stephanie Bravo were invited to the White House. They sat down with the White House staff to talk about developing a partnership. Soon after, they shook hands with President Obama and First Lady Michelle Obama, and thanked them for the work they are doing in education. A few weeks later, the website they founded – StudentMentor.org – was featured on the White House website.

Did I mention Ashkon and Stephanie just graduated college in 2008 and 2009?

Overnight success is a myth, and Ashkon and Stephanie have been working for years to get StudentMentor.org where it is today. And they aren’t stopping their hard work anytime soon.

As part of the my book launch, I am going to be writing blog posts inspired by exclusive interviews I have had recently with professionals I admire – and whom I think you will admire and learn from too.

Community College Success: How to Finish with Friends, Scholarships, Internships, and the Career of Your Dreams is all about people – connecting with your peers, professors, and professionals. In my interviews so far, every single person (I swear I’m not planning this or telling them what to say) has emphasized the importance of relationships and mentors in their lives.

In the Professionals section of Community College Success, I share with readers exactly how to develop these life changing mentorship relationships with professionals. And in celebration of the book coming out, I have done some informational interviews for you, so that you can learn from and look up to some people who I think are pretty amazing. So here goes! :)

Q: How did you figure out what you wanted to do when you were in college? 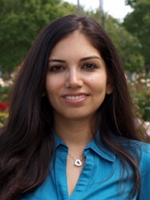 Stephanie: Stephanie was always interested in Psychology, but had no idea how to translate that into a profitable career. So what did she do? Joined a lot of activities and did a lot of soul searching to figure it out. She took action. And you will find these two are people of action.

Through all her volunteering and exploration, Stephanie found out about a mentorship program run by Stanford University that paired up pre-med students with mentors at other schools in the area. The mentorship program changed her life, and while she eventually moved from mentee to mentor in the pre-med program, she realized she wanted to widen the scope. She envisioned a way for all students to get mentors – across disciplines, and across cyberspace. 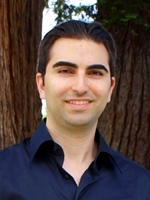 Ashkon: Ashkon graduated high school early by taking a test to forego the final two years. He is very intelligent. However, when he got to college, he felt completely lost. As he explains it, “In high school you have all these people looking over your shoulder, and then at college you’re all on your own.” It was hard for him to get acclimated, and he actually didn’t perform well in his first year. He realized this, and took action. He went to the tutoring center and met a mentor there who changed his life. His grades started improving, and he started to realize how powerful mentorship could be in changing someone’s life.

Q: Sometimes when we see young people find success, we tend to think success happens fast. As I’m sure you know, a lot goes on behind the scenes. What helped you find success at such a young age?

Stephanie: Stephanie has known the power of hard work her entire life, and she has been acting on it for many years. She grew up in a 1600 ft. sq apartment, raised by hardworking parents, and looked up to a grandfather who immigrated from Mexico. Her grandfather started his own business and, as she puts it, “started a new life.” Stephanie grew up hearing stories that made her believe you can come to America and make something of yourself. She knew this wouldn't happen magically, however; her family taught her it takes hard work and intense perseverance. In short, Stephanie still believed in the American Dream. She believed in it, and lived every day like it was possible.

Stephanie was also highly aware of the barriers and boundaries in her life. She recognized early on how powerfully the environment we are born into shapes us; she decided to surround herself with positive peer groups from the very beginning. She saw people around her crumble due to negative friends in their lives. By recognizing the barriers in her life Stephanie was able to overcome them, and those barriers motivated her to figure out how she could make a difference in her community and find positive mentors for those overwhelmed in a negative environment.

Ashkon: Ashkon says knowing his long-term goals were vital. He knew he wanted to live a better life and live up to his potential. He also realized early on that he wanted to find something he liked doing. For his personality, doing work he didn’t like just didn’t work. When he first got out of college, he was initially interested in finding a job that paid well. He says he figured out pretty soon that he had the wrong perspective, and as he reflects back he realizes it is more important to find out what you are interested in.  Because interest will help you take your work to the next level. Interest will help you be far more successful than working for a paycheck.

Ashkon has also known from an early age the power of connecting with others. He has been talking to professionals for years, and was constantly researching careers to figure out what he wanted to do with his life. He frequented the career center very often, including spending an entire summer there reading career books, searching industries, and doing informational interviews with alumni from the college. (This is the kind of behind-the-scenes hustle that can get you a handshake with the president two years after you graduate college.)

Q: Based on your experience, what advice do you have for my readers to help them move towards success and realize their dreams?

Stephanie: “Shoot for the moon without losing your foot on the ground” (Stephanie made this quote up on the spot). She explains that you must know your limits, your skills, and your interests. You must know yourself first. Then, you must focus what you want to do, so that when you start meeting with professionals you have a clear goal. It’s okay if you don’t have it all figured out, but you must start exploring based on who you are and what you are interested in. Then, once that foot is planted firmly on the ground and you know who you are, it’s time to shoot for the moon.

Stephanie says you should take your dreams as high as they possibly can go, and always be looking to take your potential to the next level. And the best way to do that? A mentor.

(Think about it, athletes are already talented, but coaches take them to the next level. We need other people in our lives to help us realize our greatest potential and our greatest dreams.)

Ashkon: “Put as much emphasis in finding out WHAT you want to do as you do in your school work.” In short, make figuring out your major and career goal an invisible part of your transcript. Act as if your diploma and GPA depended on it. Because it actually does. A study Ashkon recently read said that knowing what you want to do makes your college completion six times as likely than students who do not declare a major.

As Ashkon says, “There are so many options and it can be overwhelming to choose, or sometimes you think anything is possible. And then you really go through a hard reality check when you graduate and find yourself working in food or as a receptionist. It's hard.” It isn’t about stressing yourself out or making college all about a career. It’s about exploration, adventure, and discovering who you are and how you can make your greatest contribution to the world.

Q: What is one thing my readers should do right now in order to be more successful in their lives?

Request a mentor at StudentMentor.org! Ashkon and Stephanie are the least self-promotional people I know, so I answered this question for them before I asked it, and they agreed. They have built something so special and transformative that the White House has taken notice. I recommend being a part of it.

I am a mentor on StudentMentor.org and have had an incredible experience (you will be able to see a video of my testimonial on the White House website this Thursday 3/15). If you have some college experience or professional experience, I highly recommend joining as a mentor as well.

The key to StudentMentor.org is follow up. Do not wait for someone to find you, and do not wait for them to contact you. Be persistent and ask for advice. The best place to start? Find someone who is doing a job that interests you and ask the five key questions I mention in my book. They will uncover a bounty of information that will set your path on fire!

And as you enjoy this free mentorship service, remember that it was created by two people, just out of college. Remember that anything is possible for you too.

You can follow Ashkon and Stephanie on Twitter. And you can watch them on KRON 4 news at the video below.

More interviews to come in the next few weeks. Some spoiler alerts? We’re talking sports journalists, a NY Times writer, and editor from The Chronicle of Higher Education, a young guy with a hilarious televised Basketball show, and a woman who has given a TED talk. If you know someone incredible who’d make a great story for the blog, e-mail their contact info to me at isa@isaadney.com. Or if there is someone you don’t know but would like for me to reach out to, you can send me their info too and I’ll do my best! You’d be surprised at who will say yes.

If you're interested you can get Community College Success on Amazon.com, or get the first chapter for free here!
Posted by isaadney at 7:00 PM