From the Warehouse to the White House: NBA Executive Lucas Boyce

While most movies portray college as an endless array of friends and parties, the truth is most students have to work – a lot – throughout college.


And for some students, that work gets in the way of college success. It is really hard to balance working 30+ hours per week and managing a full course load. Many drop out.

But some are able to manage both. How? What is the difference?

My most recent interview with NBA Executive for the Orlando Magic, Lucas Boyce reveals some of those answers. 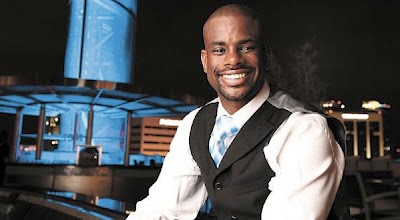 Lucas Boyce is the Director of Multicultural Insights and Cause Marketing at the Orlando Magic - where he acts out his philosophy that basketball should uplift and inspire people; in his job he oversees departments such as community and government relations, leading the organization’s initiatives such as donating 6,500 volunteer hours and building playgrounds and learning centers in underserved neighborhoods. Lucas became an executive for the Orlando Magic shortly after he finished his tenure as a White House executive.

Oh, and did I mention Lucas is only 32 years old?

Lucas was born premature to an alcohol-and-drug-addicted teen who traded sex for drugs; he ended up in the foster care system.

He was soon adopted by a woman whom he owes much of his success to, and he began his life. He struggled in school a bit growing up – but never let that stop him.

When it came time for college, Lucas attended the University of Central Missouri and worked 25-30 hours per week, working at a warehouse during the week and refereeing basketball games on the weekends.

He began college as a music major. He soon switched to psychology (a subject he still loves), but then took an international relations class where they role-played governments and engaged in debate; he fell in love with it and switched his major to political science and speech communication.

And then Lucas worked. He took all his classes two days per week and worked the other three days. Tuesdays and Thursdays, however, were 100% dedicated to school. He and his friends would often carpool together and stay at school all day to focus.

As part of his political science major, Lucas had to get an internship. Most students would apply at the state capitol. However, Lucas had a mentor who encouraged him to go bigger.

And Lucas listened. And acted.

He applied for a White House internship.

During his internship, he was asked to be a part of a photo op for a magazine with the President, with about a dozen other people.

And as Lucas puts it in his book Living Proof – “A handshake changes a life.”

And yet more than that, it was what Lucas had the courage do after shaking the hand of the President. He talked with him. The President asked Lucas about himself, and Lucas answered. They had a conversation.

Lucas made an impression on the President, and soon after the President asked Lucas to be a campaign staff assistant on his re-election campaign. And not before long, Lucas was a White House executive, riding along on Air Force One.

Lucas is an incredibly humble guy whose life is almost so inspiring you take for granted how many odds truly were against him. There is so much more to his story and I highly encourage you to grab a copy of his book Living Proof. In short, it will ignite your sense of hope.

Lucas attributes his success in college and beyond to being flexible and willing to work hard. What surprised me the most was his admission that he didn’t do college perfectly. He had to take a class over and he wished he had gotten more involved on campus. However, he was always willing to broaden his horizons, be fully engaged in class, and was willing to work hard and take advantage of opportunities.

When I asked Lucas what advice he had for you to succeed in college, he said: “Be okay with taking knocks and falling down – be willing to recalibrate.”

He also advised that you have a gameplan and just know things are going to be tough and you’re going to have to work really hard. He’s going through that now as he balances working a full time, speaking with his book, and getting an MBA.

College and professional success can never be perfectly planned out. Lucas could never have predicted his life would take this direction. But he was ready. And despite the odds against him, along with having to work so much in college, he was always willing to act on opportunities and build relationships with the people around him.

That is the answer for you. Realize that college requires a lot of hustle. Dedicate yourself to it, find positive mentors, and reach for the hard-to-reach opportunities.

To learn more about the Washington Center internships (like the opportunity Lucas pursued) go to http://www.twc.edu/

And to continue this story and learn more about the secrets to Lucas’ incredible  and inspiring success, you can buy a copy of his book Living Proof or look into booking him as a speaker (I’ve seen him speak – it’s awesome!).